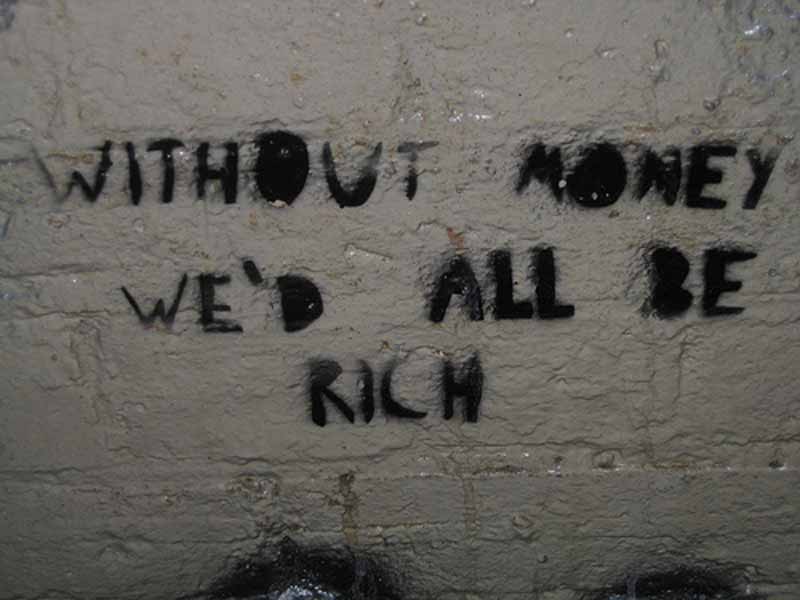 My in-laws were children of the war, they had nothing, neither money or possessions.

My parents were neither poor nor well off, my dad worked hard, we didn’t see a lot of him but we were one of the first families in our street to have a car. .

I got on the conveyor of life, did all the things I was expected to, I had a good job, had a big house, a sports car, and all the material possessions my neighbours had.

As it turns out, none of us were really happy.

So what does this have to do with the lifestyle currency ?

My in-laws, older than my parents saw status with material things, lots of them. They never threw a thing out, broken or not, the garage storing the old car they never used, the new car in the driveway. Every cupboard and surface in the house storing something, most of little value, they had everything, yet they could never find anything. Every opportunity they had, they went out and bought more stuff, but never throwing out the old. You couldn’t move for stuff, wherever you went. Their currency was possessions.

My father worked, my mother for the most part stayed at home to look after the children. My dad never had time, and that he did have, was spent in front of the TV  watching sport. My mother decorated, and bought stuff for the house, from ornaments to sofas. She’d take it in turns to decorate rooms. Once one was done, she’d move onto the next. However, when the whole house was decorated, every room complete, she’d pick a room and start all over again, and again, and again. Another new carpet, another sofa to match, new ornaments to coordinate. My dad worked to fund the decoration. My fathers currency was time, my mothers currency was possessions.

I followed in my parents footsteps, I worked. A lot !

I followed the same road as my mother, allowing our house to fill with stuff. Then we’d need a bigger house, and a bigger one again. Moving up the corporate ladder and taking with it all the trappings of ‘keeping up with the Jones’.

I had less and and less time, and more and more stuff.

I had inherited the currencies of my parents.

In the past we valued possessions, and for those who had nothing I can quite understand, but how does this turn into  a big house, a fast car, status amongst friends and colleagues as the generations pass ? What happens if we we valued the wrong things ?

We’ve heard the phrases, to want for nothing, of being cash rich and time poor, keeping up with the Jones’, and many more that describe the balance between what we want and what society expects of us.

I  see the tide turning, people are starting to put their lifestyle before their things, and to value the time they have, to do only those things they are passionate about, and spending it with those they love most. Mindless work and valueless stuff will become a thing of the past. We’ll continue to ask ‘why’ when faced with being sold unnecessary things. When being told to do things we don’t agree with, or believe in.

The lifestyle currency is gaining value.

Do you value this new currency, does your lifestyle currency have a healthy exchange rate ? Tell me in the comments.