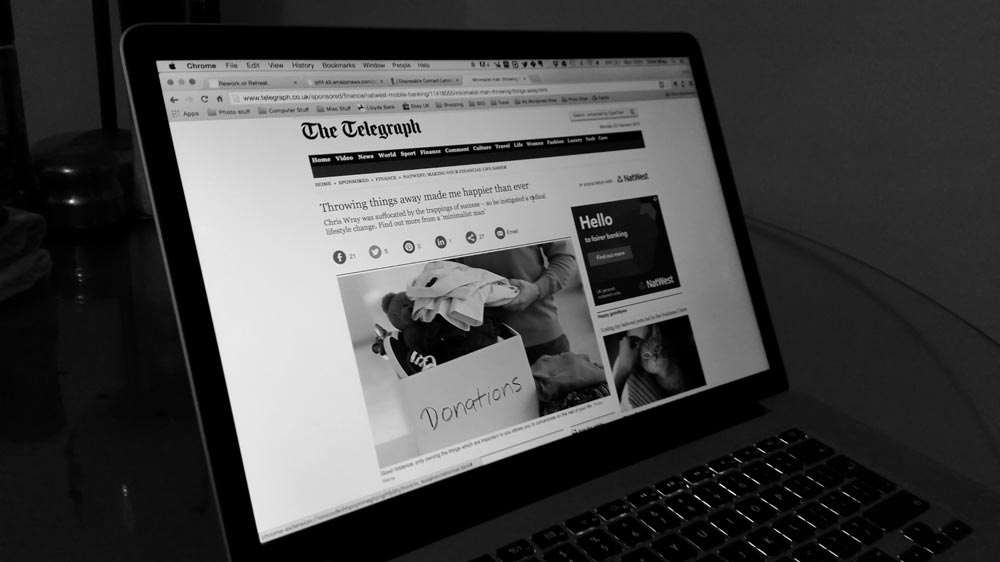 Warning: Use of undefined constant linklove - assumed 'linklove' (this will throw an Error in a future version of PHP) in /home/lifemad0/public_html/twolessthings/wp-content/plugins/facebook-comments-plugin/class-frontend.php on line 99

For those interested in my story of becoming a minimalist, it may shed some light on how I arrived here from what some would call a ’normal’ life and possibly a ’successful’ career. As the human subject of the article, it tugs a little on the emotions, and putting out there is possibly a little bit more than I’m comfortable with. I’m told that this forms the most engaging content for readers. I suggest you decide for yourself and offer comments below.

The Telegraph article is here.

Note: Whist the article says its my own work, it was written by Sarah Smith and sponsored by a UK bank. I’m told this is the way that modern journalism is going