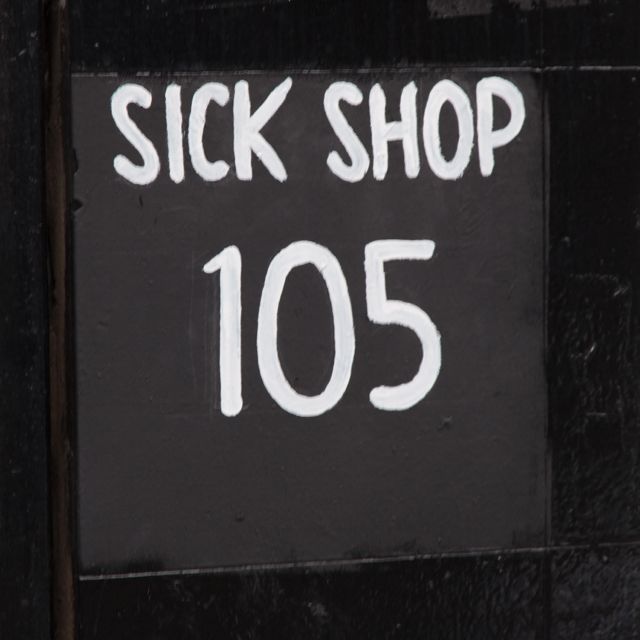 I’m fortunate to have many readers comment and e-mail me on some of the articles I write. We discuss many aspects of adopting Minimalism, simplifying their life, concentrating on whats important, and removing the clutter from their lives.

Whilst many people completely understand the concept of minimalism, appreciate the lack of clutter in their lives, and understand that life is about experiences not things, there is a theme in some of the questions and comments I get. There’s a common thread that appears often.

They really struggle with how to start.

For many people the challenge is physically getting started, for others its about momentum, but I can appreciate that much of this is about how to tackle what can be a really large task. Not only is it about de-cluttering their home, their office, their mind, its about convincing themselves that it is possible. That the result of being able to focus on whats important, really can be a reality.

Whilst minimalism seems to be a concept thats spreading, its still something new. With marketeers bombarding you with advertising about how inadequate you’ll feel without more stuff, its tough to be different, however positive it will make you feel in the long run.

In order to help those on the journey of minimalism, those some way through, and those who just need another tip that perhaps they’ve missed, I’ve drawn up the following list of some of the most popular steps to minimalism. These are the things I’ve written about on the blog in more detail, but here are some of the key things that those new to minimalism, often ask about.

Its worth noting that there is no set order for these steps, just try any or all of them, however you wish. Let me know how you get on in the comments perhaps.

Decluttering your life and working towards Minimalism is not a small task. You are changing your life by doing so, allowing you the clutter free space to concentrate on the important things.

As with any large task, it can seem overwhelming. A mountain to climb. You look around you, and everything you feel you need to do, seems to require such a gargantuan effort.

Rome wasn’t built in a day and neither will your life become clutter free overnight.

Take small steps, removing one item, tackling one space, one room. Pick up one more thing, clear just one surface. Whatever that small thing is, its enough to start. Rest easy that night knowing there’s one less thing to worry about, one less thing in your cluttered life and one more step toward Minimalism.

Small steps applied consistently will reach the goal, and applying minimalism to your life is no different.

2) There is no ‘Magic Number’ of things

I read about some of the more extreme minimalists, the have 1000 things, a 100 things, only a backpack of things. Thankfully there are no rules, its not about the number, its about removing clutter and distraction from your life so you have time and space to concentrate on whats important to you. Keeping things simple, not necessarily bare and stark. We all know in our heart of hearts if that thing we hold dearly really is important to us. Thats why there is no magic number of things to own. Its an individual choice, a number unique to you.

A simple way to stay on top of the stuff and clutter in your home is to gate-keep the items coming into your home. If you are taking the small steps to remove just a few items per week, then you don’t want things coming into your life that will just take their place. So a solution to this problem is the One in – one out concept.  Simply, for every item that comes in, another item must go out. This is particularly useful for clothes, books, and things you may end up with a lot of.

So if you bring a new thing into your home, which item is going out ? –

To keep on top of things I try to spend at least 15 minutes every day on the ritual de clutter. This generally means wandering around the house, just picking up items, clearing surfaces, washing odd dishes and giving things a quick tidy. Putting things away and so on. I find that then settling down to a specific activity, that my concentration is so much sharper when that cup and saucer are washed, that I can’t see that pile of clothes that need putting away. Throwing out or tidying away items that have appeared during the day makes me feel more prepared to tackle the bigger tasks. There should be a place for everything, and everything should be in that place.

This is often a difficult area to cover. Our minds play trick on us. That combined with those troublesome marketeers and we believe we’ll simply be unable to function without the latest this, that, or the other. OK, so even a minimalist needs stuff now and again. Things break, wear out, and in my year of not buying anything, I realised that walking the dog in the winter with wellies with holes in, means that there’s a need for new wellies. Its not just a want. To get around this I found that filing my needs and wants for a month, and not doing anything about them for a period, really did crystallise which was which. For some reason the needs remain, but the wants seem to have a fleeting nature about them. They are needs one minute, and then with time, they seem to loose all sense of urgency. Perhaps its the same as sometimes buying things, only to then regret it a few days later.  Write the needs and wants down, file them out of sight for a month, then review them.

I was reminded of this one, even today. How long was it since you last used that thing ? When it was last worn, read, viewed, played with, and all other actions you do with things ? If it was more than a year, then admit it. You no longer have use for it. I say a year, because some things are seasonal based, clothes, sports equipment and so on. Sometimes you could skip a seasons skiing for example, so maybe, at a push you could say two years. But anything beyond that, if that box hasn’t been opened, those drawers sorted through, then whats in them you just don’t need.

7) Unsubscribe to Ads and Newsletters

We can’t buy what we don’t know about. Temptation is out of reach.

Cancel your subscriptions, unsubscribe from retailers mailing lists, and don’t read that weekly newsletter. These marketeers are good at their roles, the advertisements serve just one purpose. They want you to buy. No other reason. They talk about building brand value, but thats just another way to get you to buy. They can make buying more stuff just so tempting. Yes, thats exactly the feeling they want you to experience. The only way is to turn the other way, don’t look. Click the button at the end of their very tempting newsletter. The  one marked ‘Unsubscribe’

There’s no such thing as free. Free stuff, buy one get one free, free trial, free with your next purchase. They all come at a price, generally the price you just paid to get the free thing. Its those clever marketeers again. But there’s another price, the price to store, to maintain, the price of not using that thing. Worse still the price to dispose, to recycle. The price of time, the cost of ownership. There’s always a cost. Even the cost of wanting something you didn’t need before you saw that ‘Free’ sticker. Even if it really was free, why on earth would you suddenly need it, someone else is trying to get rid of it by giving it away. Beware of the bargain, don’t be fooled by the free.

9) You are not the sum of your stuff

Every single person on the planet is different from all the other people, by nature, experience, genes, culture and a whole host of other things. Yet we seem to invest so much time comparing ourselves to others, and whats worse, buying stuff other people have, just because they have it. Personally I blame marketeers. Their messages are to make you feel insecure. Buy product X and you’ll be cool, be thin, be awesome, be the envy of your friends. They don’t really care, they just want a sale, and when thats sold they’ll move onto selling the next shiny thing. If your friends fall into this trap, the only way to make them feel better is to tell you that you don’t have what they do. Shallow isn’t it. Life is not about stuff, its about experiences. Its about passion, and love and excitement, and joy and tears and all of those wonderful emotions that make us feel alive. You don’t need a room full of stuff to tell you how you feel.

10) Identify Whats important in your life, then consider removing all that is not

This is more a reminder of why you considered adopting minimalism. Why do you feel you need to get rid of this stuff, what is it you need the mental or physical space for?. What was it that made you start ? What really is important to you ? As I started removing the stuff from my life, I gained space to think, to write, to pursue what I was passionate about. There was a weight lifted from my shoulders every time I got rid of something. When we understand whats important in life, without all this clutter and distraction, we give ourselves the time, space and perhaps permission to pursue this important activity.

I hope these few tips were useful, if you have suggestions of your own, why not share them in the comments.

Minimalism, how to start, was first featured on the blog – two less things.