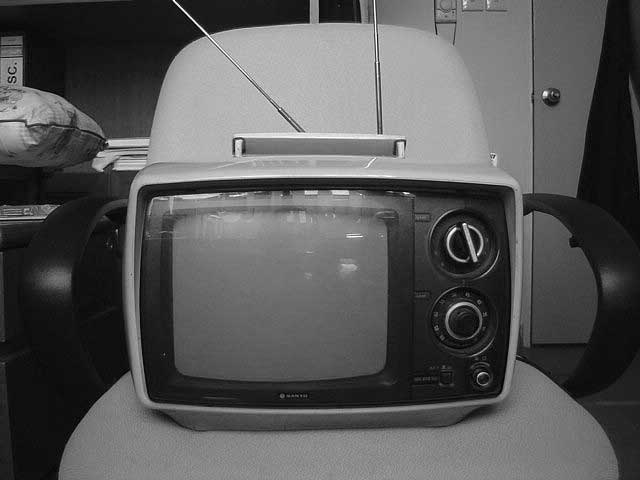 I guess some of these things are ingrained in the lifestyle of the UK, and possibly further afield. Everyone wants their own house and the burden of a mortgage to go with it. We’re expected to sit in front of a gazillion TV channels from the day we’re in nappies to the day before we meet our maker. Then at birthdays and christmas we receive the  junk gifts from distant relations, who’ve bought from the special pages in the high street store magazine. Sometimes you just have to wonder why we put ourselves through this.

My house is for sale, and no-one can understand the relief thats building when I give the mortgage company their money back. Thats it, the bill they sometimes call ‘the millstone around the neck’ will be gone. I can live in a smaller house, thats not mine, that when things break, I get someone else to fix. – Bliss.

Gifts are tough to give up. Both giving and receiving. We’re culturally aligned to giving stuff as a measure of love and respect. I still felt a little awkward when I met a close friend for birthday celebrations this week. I didn’t take a gift, or a card. Instead I brought affection, and bought dinner. An experience rather than a thing. I got a thank-you note the following morning, so I think she understood.

I don’t know if its the minimalist lifestyle, or the clarity of thought that comes with it, but more and more I’m questioning things we take for granted in our culture. I ask why, and I question the presuppositions.

Who says you need a mortgage, who says I have to sit glued to the box in the corner, why am I expected to bring worthless stuff, to people who don’t really want it, just because its 365 days past the last time I did this ?

Having less stuff, gives time to think more. Time to ask questions about our thinking and our society. Why do things we don’t want to ? Why not do things you like, rather than follow some prescriptive culture ?