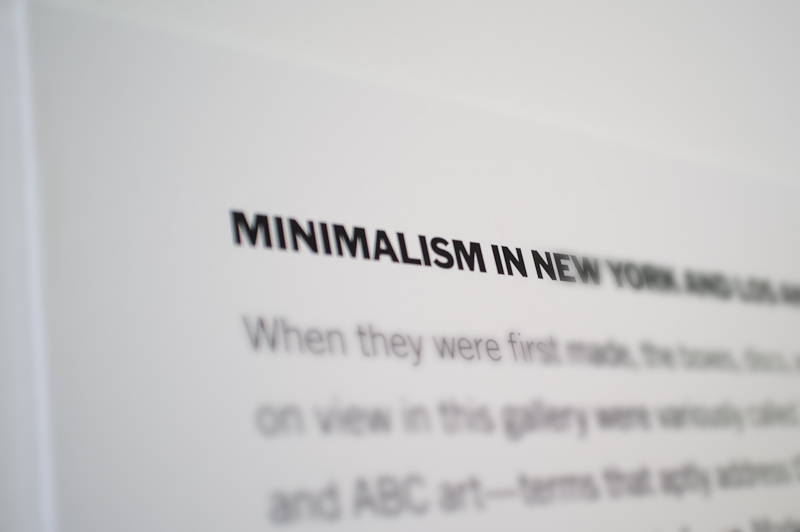 I first came across the minimalism concept in 2009 and whilst I’ve reduced the number of things I own and no longer follow the lifestyle of consumerism, I still need to reduce the amount of stuff I own. I’m not one of those can switch lifestyles like turning on a light. Shedding generations of stuff takes time. Be patient.

2. People immediately understand what you mean when you say you’re a Minimalist

Minimalism in the US is relatively new. In the UK its almost unheard of. When I told my work colleagues I hardly ever watch TV they look at me aghast. If I’d told them I don’t have much stuff as well, they’d tell me I was mad. Accept that you’ll need to educate your peers, and even then, they still may not be able to comprehend.

3. Becoming a Minimalist is easy.

We build emotional attachments to our things, our stuff, our possessions. Particularly those we attach memories to. Sometimes its hard to let go of some stuff. I found that its not always the stuff we attach the emotion to, its the trigger it gives us when we see or hold it. One of the ways I made the detachment is to photograph the item, many times even. The photographs seem to trigger that same emotion enough to allow us to repurpose or discard the original item.

4. Getting rid of our stuff means taking it all to the rubbish dump or putting it in the bin.

Not so these days. In fact they don’t call them rubbish dumps any more. They are now recycling centres. You can pretty much recycle everything too. Don’t forget charity shops, friends, and of course E-Bay and Amazon for items in saleable condition.

5. Minimalism is only about reducing the stuff you own

Whilst this is true, and having less stuff to distract and burden you is a significant part of minimalism, its also about reducing those things we don’t like.  This allows us to concentrate on those things we do. Its about simplicity also. So reducing e-mail, commitments, stress, and hassle, allow us to spend more time with family, friends, or pursuing our passions.

6. Being a Minimalist means you can’t buy any more stuff.

If only this were true. However things wear out, they break, we have accidents. At some point we’ll need to buy a replacement, or we may truly need an item we haven’t previously owned. The issue is not to add to your stuff without truly asking if its an essential purchase.

7. Your social activities are just the same.

I first noticed this when sat at lunch with colleagues, they discussed last nights TV. I had no idea what they were on about, as I rarely watch TV. They talked about things they wanted to buy. About the latest gadget, computing accessory and all the stuff they had. I just looked at them blank-faced. In the end they get it, you’re the weird one with no stuff, but be prepared to be the brunt of a few jokes and jibes until then.

8. Birthdays and Christmas are just the same too.

This is probably the hardest part of being a Minimalist as traditionally you give and receive stuff. Even if you explain to people that you’re happy not to receive stuff, they do tend to go ahead anyway and buy gifts. They find this new concept difficult. Worse so when you say Happy Birthday and present nothing but love and friendship. One of the ways round this is to give and receive  experiences. Dinner with friends, a party, going somewhere special, doing something different. Something that adds no material things, but provides laughs and memories, and of course you remember experiences and feelings far longer than you remember what you had for your birthday all those years ago.

9. A Minimalist is just a hippie in new clothes

Ok, so its a new way of living, its definitely more green, but its not a replacement for hippie culture. You can still live in the same house, have the same politics, bring up your family in the same way, have the same beliefs. You can become a minimalist hippie if you wish but being minimalist is about reducing possessions, and unnecessary stuff, and you can do that whoever and whatever you are.

10. Minimalists have less than 100 things

Its a lovely thought, but if you have a partner and/or family its probably very rare. There’s no number of possessions that fits the criteria for being a Minimalist. Some are single and live out of one bag, some trash everything they own in a weekend. Some, like me, take a few years over it and are still going. It just depends who you are and how much stuff you had to start with. The principle is that you identify the things you don’t need and cherish those that you do. This is true not only about stuff, but about people, experiences, commitments, distractions and many more things.

There are many more myths I could have added to this list. Search the web and you’ll find many more. Each minimalist is different in their approach, there’s no right or wrong way.

If you enjoyed this entry, you may like the book; The Minimalst Man which contains many of the entries on this site.